Toronto, October 4, 2019 -- Large crowds at last night’s 100 Debates on the Environment across the country demonstrated that concern about the environment is fueling a powerful force that no party and no candidate can ignore in this election.

Of the 104 confirmed debates nation-wide, 95 have taken place (9 debates are scheduled during the coming week). Overnight reporting indicates, 100 Debates on the Environment were attended by well over 10,000 Canadians at the locally organized debates.

“Voters will hold individual MPs from all parties to account in the next Parliament,” observed  Davon Callander, an organizer of the Yukon environmental debate.  “We don’t want party speaking points, we want to see that each MP will make sure their party is doing much more to create a safe climate and a healthy environment.”

Issue-themed candidates’ debates have never taken place on this scale in Canada. Hosted by local non-profits, scientists, health professionals and businesses, the debates took place in church basements and auditoriums in nearly every province and territory, with urban, suburban and rural ridings all well represented.

Here are just a few highlights from across the country:

– One of the largest debates, in Ottawa Centre, was attended by 800 residents.

– Debates in several ridings were at capacity or had to turn people away at the door. In Peterborough-Kawartha, ON, and Cowichan-Malihat-Langford, BC, local organizers responded by live-streaming the event at additional venues in the riding.

ABOUT 100 DEBATES ON THE ENVIRONMENT:
100 Debates on the Environment is a project coordinated by GreenPAC. Visit www.100debates.ca for more information on the project.

ABOUT GREENPAC:
Launched in 2015, GreenPAC is Canada’s non-partisan non-profit organization that works to build environmental leadership in politics. GreenPAC’s other initiatives include a political internship program on Parliament Hill in Ottawa, as well as a non-partisan endorsement program for aspiring political candidates with a demonstrated commitment to the environment. Visit www.greenpac.ca for more information. 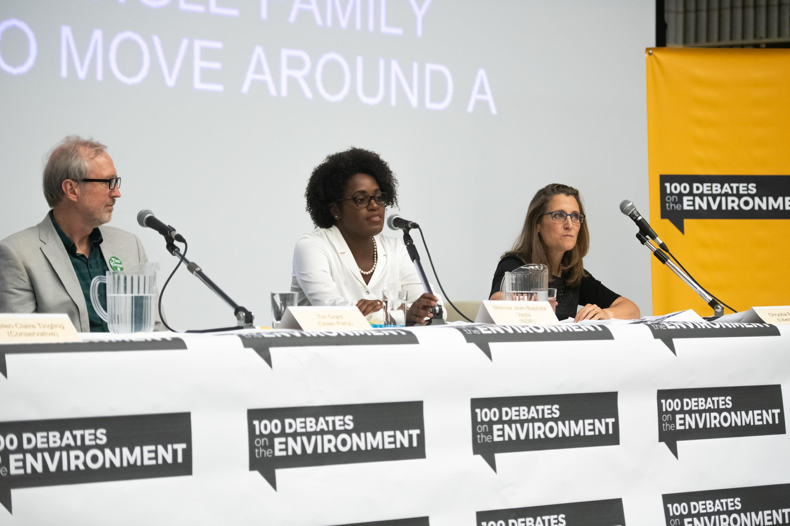 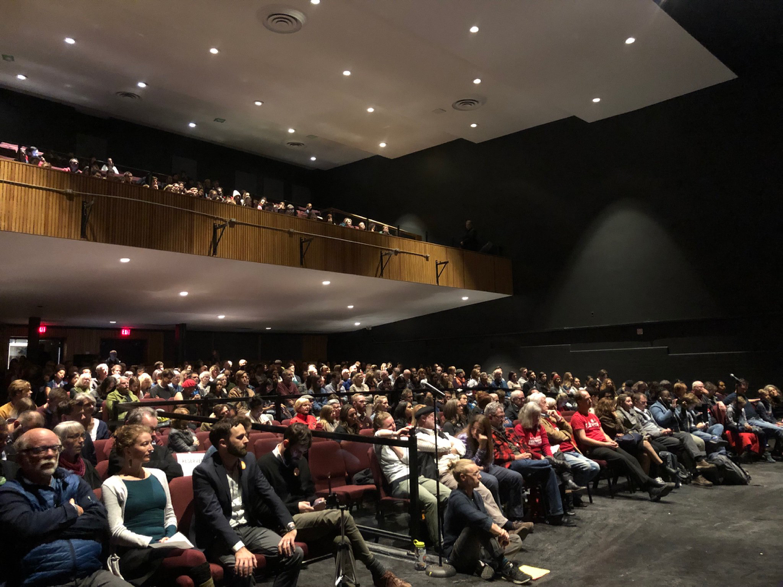 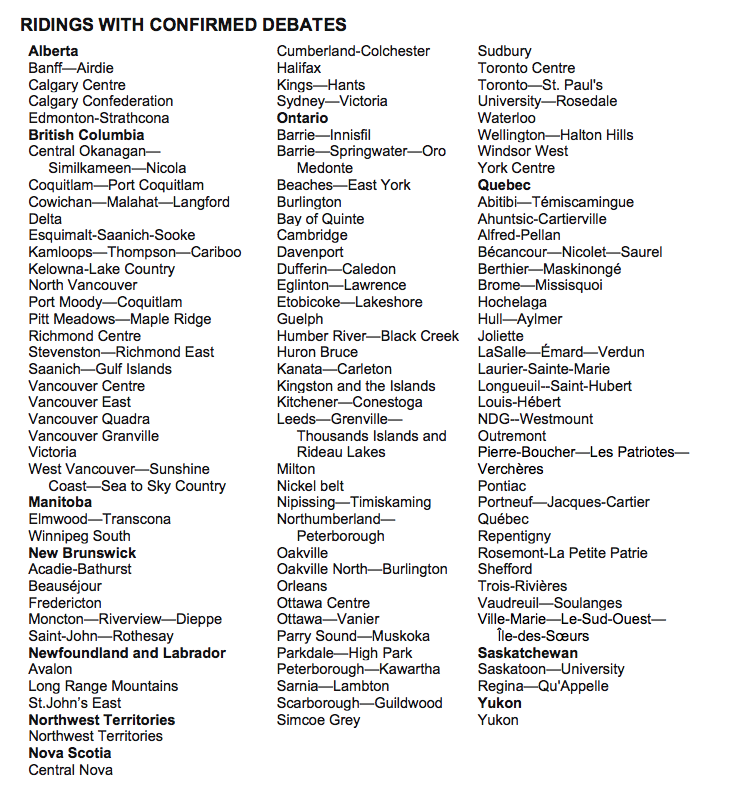